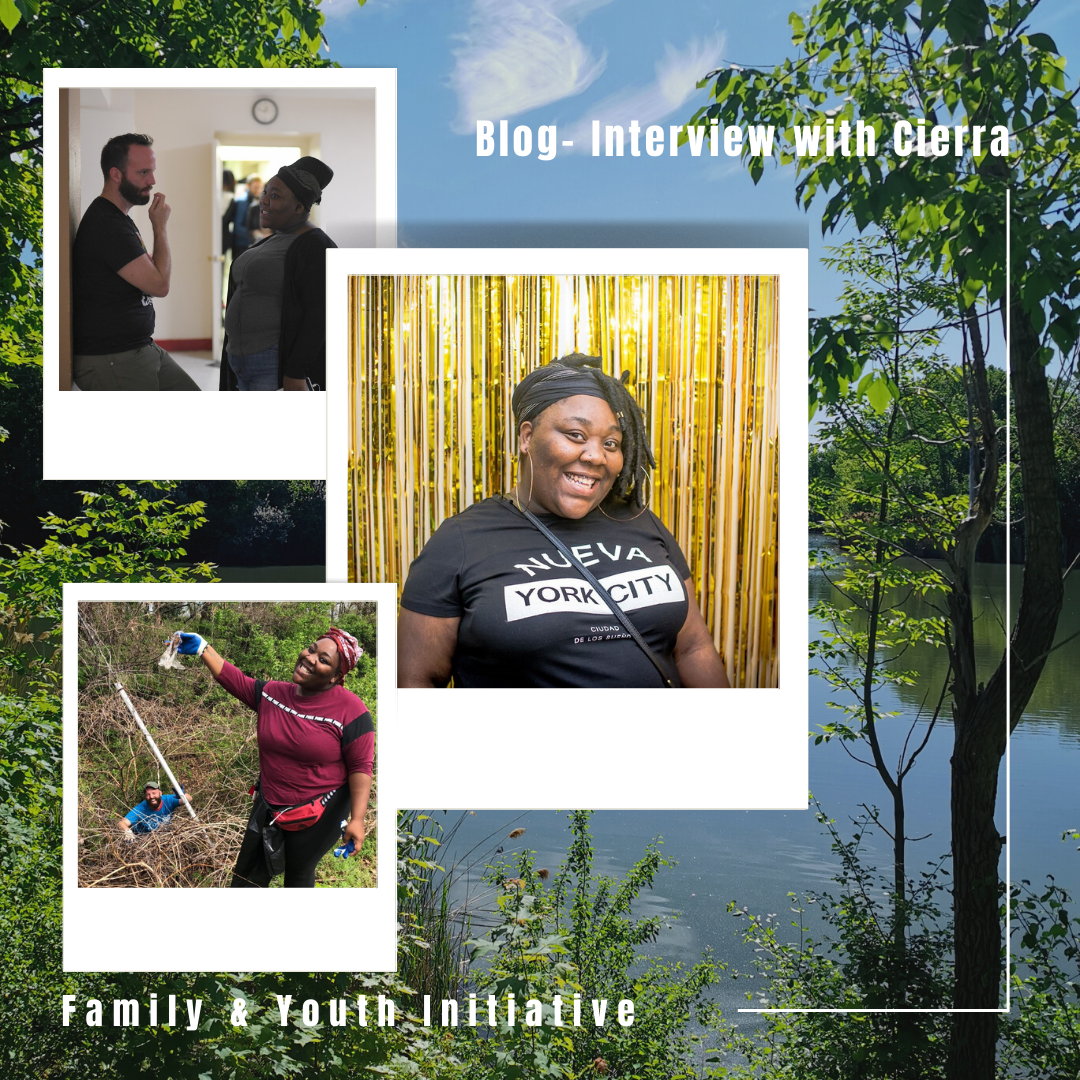 Come sit and chat with me (DCFYI’s Intern) and Cierra, a longtime DCFYI participant! Here we discussed DCFYI’s impact on her life in general and more specifically in the job sphere. Get ready for more blogs highlighting different DCFYI participant and volunteer stories!

Peri: So, when did you start participating with DCFYI?

Peri: I think that was like 2010 when DCFYI became its own. And why did you start participating in DCFYI?

C: I was in care at the time. And I came from a big family and I was apart from them. I don't know, I guess I don't know if I was acting out or whatever. I was mischievous, I think. And they decided the program would be good for me to find a mentor, do different things, go on outings.

P: And was it always something important to you? Or did you find that over time through the experience?

C: Yeah, it was important to me once I understood, once I came and got acquainted. It was really the set up, I guess; oh, everybody chill, very inviting, warm and it's just like, it's not like a line-up like oh, I want you. It's really chemistry based and there are some people there who don't want to be mentors and don't want mentees and just want to support youth, all the youth and just want to be a listening ear so it was good.

P: And are there any special people that you met through the program?

C: I have a mentor; his name is David. David is my mentor, my best friend; we are very close. We've grown very close over the years. I think he's been my mentor for like five years. I want to say five or six years? So yeah, and not only David, because I met David at the end, but I met countless people before, like Myron, like Sarah and Manoj. Like I said, I have siblings so they didn't just help me, like my siblings are a part of the program. And they helped them, so a lot of people, yeah.

P: And was there like a difference between what you expected to experience and what you actually experienced?

C: Like I said, I didn't understand. I thought that you would just meet your one person and then that would just be, it would just be with one person. But sometimes David and I go on dates with another mentee and a mentor, like Charay and her mentor. Or if I go, and maybe David isn't at the event, I can talk to some other people there, and if I'm not there, there are some other mentees who draw to David cause there's different aspects like -- David and I are both under the LGBTQ+ umbrella and so there are some mentees who gravitate more to that, and they know that David is more so standing in his truth and he's able to break it down and he's able to help you understand your thought process and some of the feelings that you may go through, dealing with it and so on. And so forth so. They always want to steal him away.

C: He's really talented. Yeah, he can draw so when there's Earth Day and clean ups and stuff he's usually right at the head or drawing on the drains in the city. He's usually at the head of all of those outdoor activities.

P: What are some summer jobs that you've had?

C: Originally, this was when Marian Barry had the summer youth employment, when it first came out. And I was working, I was 14 and 15 so I did a lot of jobs cooking. A lot of those restaurants are closed now and the businesses are long gone. So, I did a lot of that and further up on U Street, I worked at an Ethiopian law firm as well. It was great. And from there, the law firm they had a different site, and they chose different youth in the summer who seemed mature, and they made us camp counselors at their daycare. So, they had a daycare center as well. They had a daycare center and our law firm which was really crazy and it was going to other side of town. I also sold snacks and stuff for Whaler's Creation.

P: And so, the jobs that you got outside of the DC Summer Youth Employment Program, did you find it difficult to find a summer job?

C: Yeah, in the summertime, it's a little hard to find jobs cause then, that's when the college students are home from college. Jobs and stuff are given more to them; I guess because they're more reliable or they're in college or whatever. So, it is harder in the summer.

P: Did you find that DCFYI helped in that? Or like how did they help you find it or keep a job?

C: A lot of mentors, if you don’t have a job when you're talking, they’ll ask you for updates. And if you don't (have a job), they will be like I’ll send you an e-mail or I saw a posting here. Or there's certain people who help you with your resumes and stuff like that, to get them on point.

P: And while you had a job, did you find any support from DCFYI?

C: Yeah, when I needed, before my job, you know how you need to copy all your documents. I don't have a printer, so if you go to the office, you could print your documents and stuff like that, so you could just have it with you in your folder as well as if you already have a job and it's a part time, probably you need another job. You can always ask if you could come into the office, use the computer and apply for jobs.

P: Did they help you with transportation at all?

P: What are three words to describe your DC FY experience?

P: Those are some really good word choices. Very positive.