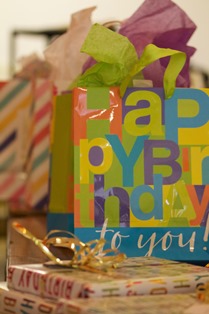 DCFYI held its annual birthday party on Saturday May 14 and it was the best yet!  With 15 teens and 60 volunteers there, this was the biggest birthday party in DCFYI history.  We were thrilled to celebrate the teens' birthdays, to have a chance for volunteers and teens to meet, to catch up, and to get to know each other better.  And of course, we were pleased to just have fun together!

There was an 'icebreaker' exercise in which everyone wrote an unusual fact about themselves on a slip of paper, and then they were randomly distributed to everyone, so people had to search for the person who owned a monkey as a pet or who grew up in a town that no longer exists.

After the icebreaker, the games began: a three-legged race, with team members from age 5 to ...well, let's just say AARP-eligible. The yellow team was the big winner there.  Next was a sack race, which the red team won; then musical chairs, which a young man we'll call KW won (a volunteer commented on KW's incredible athletic ability in every contest!).  The final game was a water-balloon toss, proudly won by two adults!  Berkley and Cailyn.  Of course, the teens had great fun with the left over water balloons, throwing them this time with the purpose of having them burst and splash folks. ​

After that came cake...and presents! So many presents: photo albums from the past year, books, journals, socks, gift cards, individual birthday cakes, and hand-made sleeping bags for new participants.

I asked a few of the teens their thoughts about DCFYI.

A long-time DCFYI participant who has just completed his first semester of college said: "DCFYI has saved me from more trouble than the volunteers realize."

Another teen, a participant for a few years, said that he likes that DCFYI is innovative and said the volunteers are "mi familia."

And a relatively new participant commented that "Everybody here has the respect level of a god.  Everyone's good, there's no disrespecting."  He nodded and thought a moment and added "This is good. I needed this."

It is wonderful for the adults involved in DCFYI to hear that we are creating a family-like environment of respect for the teens involved in our program, and the result is that they are less likely to be involved in activities that could hold them back and more likely to be working, furthering their education, and/or hanging out with friends who are moving in a positive direction.

Thank you to everyone who made the party possible: our hosts at Nineteenth Street Baptist Church, God's Hope Chest Ministry, the incredible women of First Baptist Church of Glenarden who donated amazing gift bags, those who baked, those who sewed, and the many many individuals who bought gifts. Thank you!

Image Caption:
Just some of the birthday party gifts