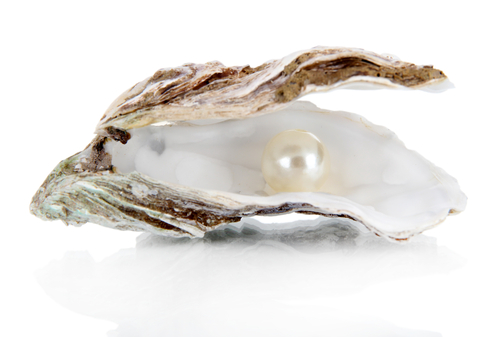 This four letter word seems to be what everyone tends to seek but just like the formation of a pearl it's rather difficult and doesn't happen by itself. A pearl forms when an unknown irritant - usually a parasite - works its way into a clam’s mouth. As a defense mechanism, a fluid is used to coat the irritant. Layer upon layer of this coating, called 'nacre,' is deposited until a lustrous pearl is formed. To get this pearl one must first search the very depths of the sea to retrieve it. And then wrestle ever so hard to get that clam's mouth open.