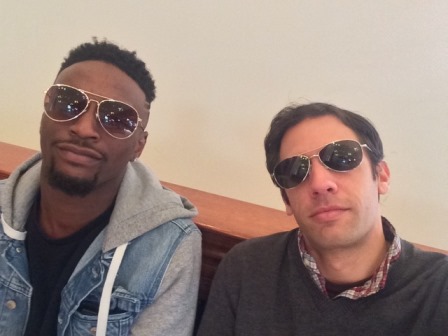 Hear from Robert, who joined the DCFYI program when he was just 14 years old!

"My favorite part about DCFYI from when I was younger was definitely making connections that lasted a lifetime, not just with the youth, but with the adults too. As a kid I loved the outings, the fun ones and the educational ones as well.

"My favorite memory is definitely going to see the Lion King when they were on tour and came to the Kennedy Center. I was 14 or 15 and into theater. It really intrigued me and inspired me to want to perform.

"My mentor was and still is Brian, we talk almost every other day. He’s watched me grow up. I have seen him get married and have a baby. He’s my dude, I love him and it’s all because of DCFYI.

"I want to thank Mrs. Susan. She has been a saving grace and angel! She is so humble and modest. If it wasn’t for her at DCFYI I wouldn’t have done a lot of stuff. I've met some great people because of Mrs. Susan and the program. Her husband Joe has been a great person to me as well."

Robert now lives in New York City as an aspiring Broadway actor. The inspiration and support his mentor and the DCFYI program as a whole gave Robert allowed him to follow his dreams of pursing theater.

In honor of Thanksgiving, we are doing a story campaign, “Giving Thanks for Lasting Relationships,” where we highlight what DCFYI youth are thankful for!

Want to help a young person in foster care find community?  Let us know! We look forward to hearing from you!

Subtitle:
Giving Thanks for Lasting Relationships 2020